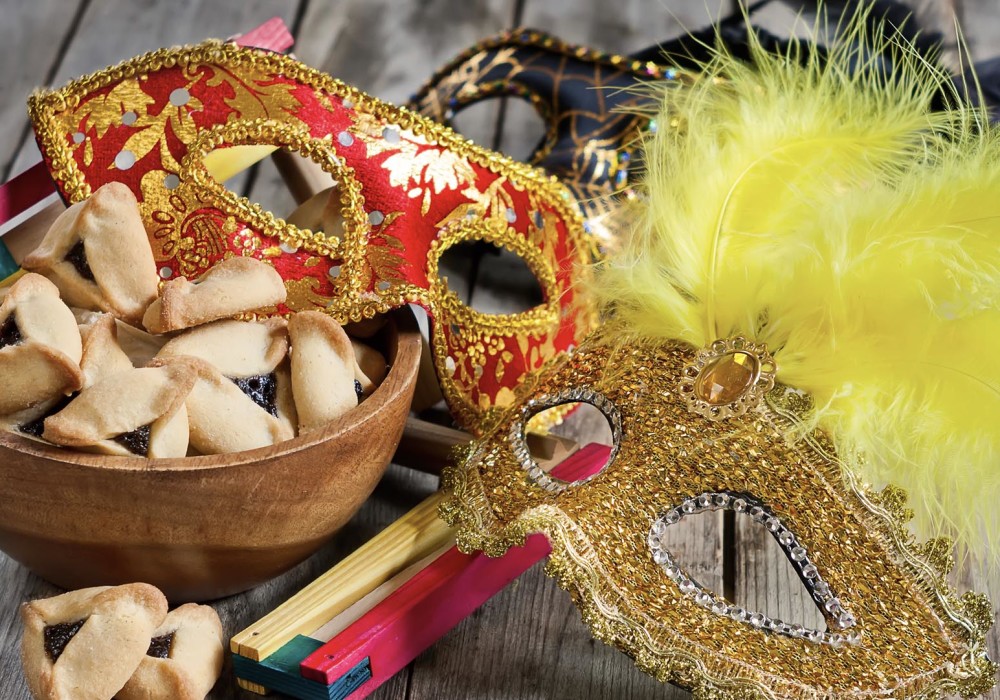 Throughout our history, wine has played a vital role in Jewish life. It has brought comfort, joy and closeness to what we hold sacred. Unfortunately, through its abuse, it has also brought a good deal of misery by contributing to illness, reckless and harmful behavior, mistreatment of ourselves and others, and distancing us from what we hold sacred.

The holiday of Purim provides us with a great test of how we will use this powerful substance. A good deal of this challenge comes from the words with which the Megillah ends, with Mordechi’s encouragement that we celebrate these days as “yemei mishteh v’simchah, days of drinking and rejoicing” (Esther 9:22), and from the Babylonian Talmud, Megillah 7b, where “Rava said: It is one’s duty levasumei, to make oneself fragrant [with wine] on Purim until one cannot tell the difference between ‘arur Haman’ (cursed be Haman) and ‘barukh Mordekhai’ (blessed be Mordecai).”

These text excerpts have give us “a good excuse” to drink (and/or drug) to great excess, to (pardon the pun) “get in the spirit” of the Holiday. However, the Talmud goes on to tell the story in which Rabbah and R. Zeira get together for Purim Seudah and get very drunk. Rabbah gets up and cuts R. Zeira’s throat (literally, “Rabbah butchered him”). The next day, Rabbah prayed on R. Zeira’s behalf and HaShem brought him back to life.

A year later, Rabbah asks, “Would you like to have Purim Seudah with me again this year?” R. Zeira replies, “One cannot count on a miracle every time.” (Megillah 7b) Key traditional interpreters, such as the Rosh, the Tur, and Yosef Karo, just focus on Rava’s statement that one “becomes fragrant,” and completely leave out the story of Rabbah. As the contemporary commentator, Jeffrey Spitzer of Gann Academy, writes tartly about this omission, “Presumably, R. Zeira had a hard night, but why should that spoil the party for everyone else?!”

He goes on to note that “The opposite approach is attributed to the late 11th-century North African halakhist Rabbenu Ephraim ibn Avi Alragan, “Based on the story of Rabbah getting up and slaughtering R. Zeira, we reject the statement of Rava, and it is wrong to act in such a way” (quoted by the Ra”n, ad. loc.).

Drunkenness is a terrible sin, since it is likely to bring one to commit indecent acts and other sins.

Bet Yoseph in the Shulchan Aruch

In the Sefer Hameorot it is written that making oneself drunk is not the Torah’s idea of joy: “It is only an act of foolishness.”

Rabbenu Efraim of the Gemara ruled that the Talmud rejected the obligation to drink wine on Purim.

Rabbi Dr. Abraham Twerski, a world renowned addictions expert and advisor to JACS and the SAFE Foundation, says, “Experience shows that particularly young people who drink to excess on Purim are likely to engage in shameful and dangerous behaviors. Hatzalah cannot keep up with the calls to take these young men to hospital emergency rooms! Can anyone conceive that this is a mitzvah?”

Hagaon Harav Shmuel Kamenetzky of the Yeshivah Gedola of Philadelphia made the bold statement that “Getting drunk on Purim is an aveirah, not a mitzvah.”

It is also important to note that it is illegal to serve alcohol in New York State to people under 21 years of age.

Rabbi David Golinkin, from the Schechter Institutes in Jerusalem, states that “In recent years, we have witnessed a marked increase in the use of wine, alcohol and drugs by Israeli youth, in part due to the dual influence of Western and Russian cultures. This increase has led, in turn, to an increase in traffic accidents and injuries. These are the ways of Noah, Lot, and Ahashverosh – not of the Jewish people throughout its history. The poskim understood this significant difference. That is why many of them ruled: “joy of delight” – yes, “debauchery and foolishness” – no. May we remember this crucial difference both on Purim and throughout the year.”

If we want to help the young people whose health, safety and spiritual and psychological wellness are entrusted to us make this crucial distinction, we need to follow these basic guidelines:

Have a happy and safe Purim!